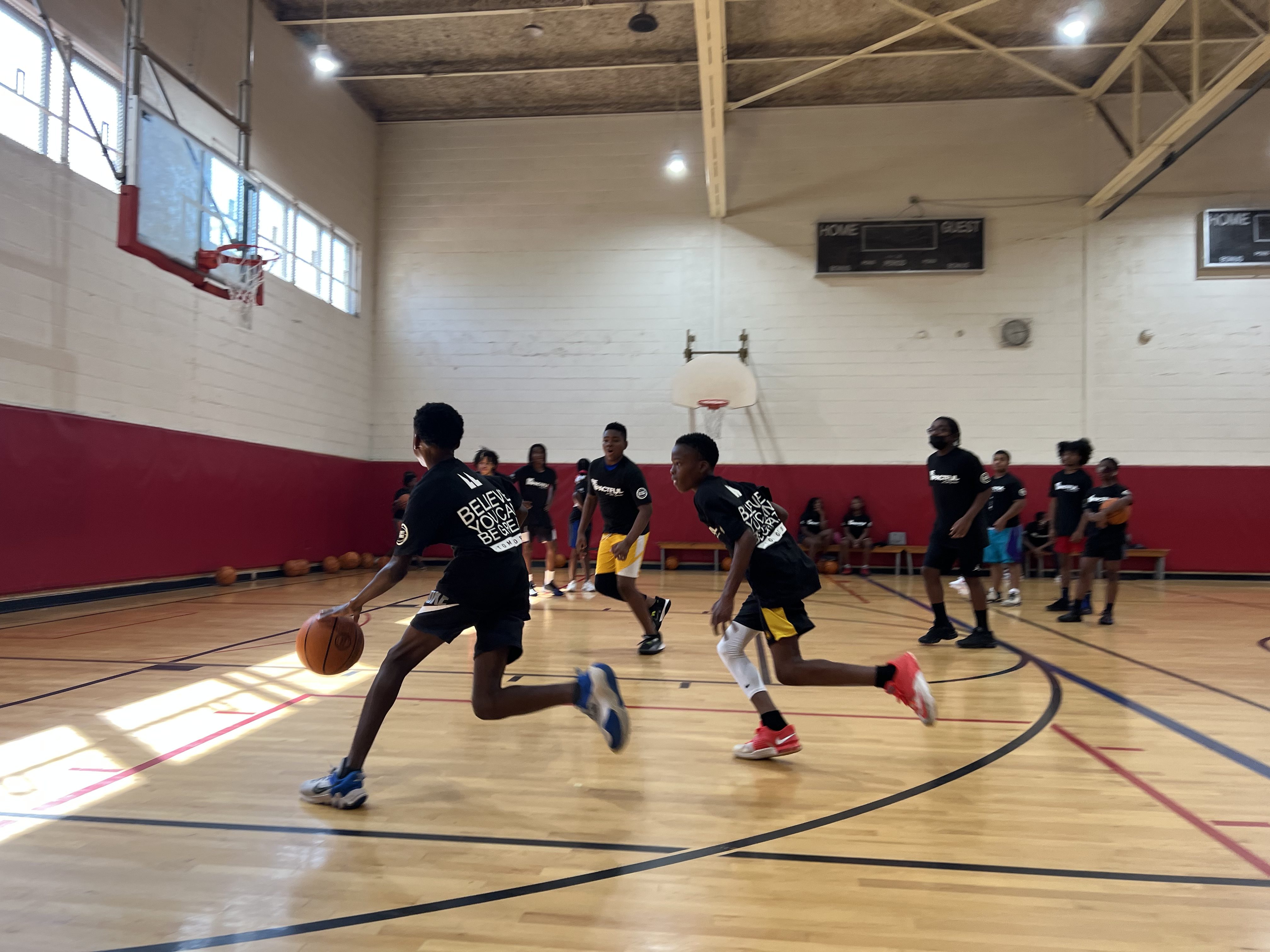 Jeremiah West was eager to volunteer at the five-day basketball camp recently held in the Petosky-Otsego neighborhood in Detroit.

He fondly remembers when he was taught to play by older kids as a youth.

“The camp keeps the kids active and teaches them the fundamentals of basketball,” West said of the early August camp that also allowed West to give back to his community. “Some of the kids don’t have a hoop at home so they come here, play basketball, meet new friends and it’s a good thing we have this.”

West was one of the assistant coaches at the basketball camp sponsored by Platinum Equity Founder Tom Gores, who is also the owner of the Detroit Pistons. In a partnership with the Boys & Girls Club of Southeastern Michigan, the camp was the last of five Detroit-area camps that Gores sponsored this summer. Detroit was host to two camps, while others were held in Auburn Hills, Taylor and Highland Park . It was the second consecutive summer that Gores, a Flint native, has sponsored the camps. The goal is to provide recreational opportunities for youths in underserved communities.

The camps, which were open to children aged 5-15, focused on skill development, but speakers and community leaders added an emphasis on life skills and health. A Pistons-themed awards ceremony and pizza party capped off the camps. Campers wore T-shirts that read Be Impactful, which is a saying Gores is fond of using as a motivational tool.

“Tom’s success is based on how humble he is and from the upbringing he came from,” Gores brother-in-law and family representative Duncan Murdock said. “Both my sister (Holly) and my brother-in-law are people that always think about giving back to community and I think it’s in their blood and DNA to give back to their community.”

As bouncing basketballs and youthful laughs filled the Lloyd H. Diehl Boys and Girls Club of Southeastern Michigan, campers listened as head coach Dante Sarmiento and others shared encouraging affirmations for on and off the court.

“The focus of the program is to be impactful and not just a normal basketball camp,” Sarmiento said. “It’s a camp where we teach skills, but the main focus is on just learning social interaction, learning how to play with each other, learning how to play this great sport, and then providing an environment where kids can be kids and they can have that youthful energy in a very safe environment.”

‘It’s only going to get bigger’

It appears the camps are being well-received by the community. Murdock said demand was so high that some interested families had to be turned away.

“This was our first year in Taylor and we had to turn away children due to the demand of enrollment,” Murdock said. “Now we’re talking about expanding locations and camp length to reach as many kids as we can.”

The Taylor camp had a capacity for 80 kids, but more than 280 signed up.

“It’s a blessing and a curse because on one hand, you hate to turn away nearly 200 kids,” BGCSM President Shawn H. Wilson said. “But on the other hand, it really shows that we’re doing something special that the community and the kids are leaning into it.”

Wilson said at every camp the children look forward to summer because of the basketball program.

“Programs like this ensure that our youth have something positive to lean into during the summer, they have a safe place to go, and be a part of something exciting,” Wilson said.

Sarmiento said the hope of the program to provide a foundation of success. “Tom is a firm believer in not only building that community but doing it through sports because of his love for the Pistons,” Sarmiento said. “He is finding a way to build programs that are focused on youth because they’re the future of everything that we do and build a better place.”