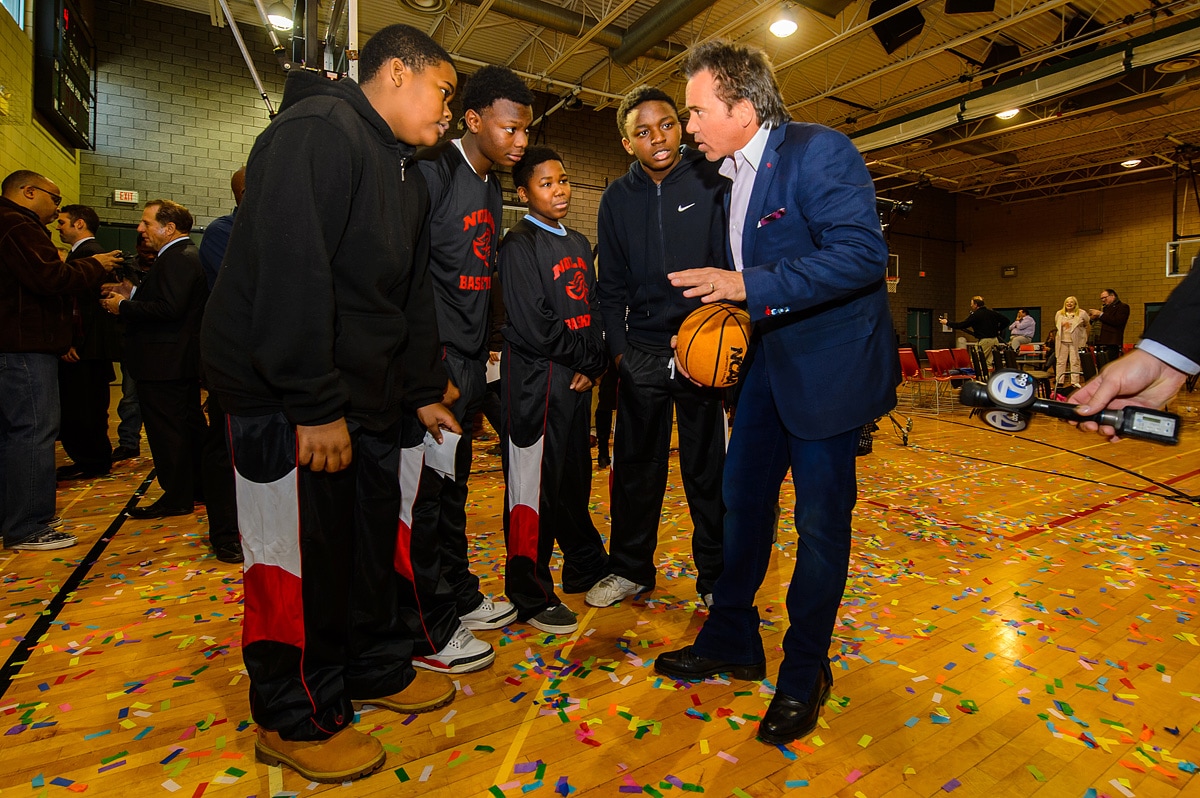 Gores made the pledge during his yearly call to WJR-AM radio host and Detroit Free Press columnist Mitch Albom’s 10th annual SAY Detroit radiothon, an annual fundraiser for the nonprofit Albom founded in 2006 to address homelessness, healthcare access, and other charitable support to underserved communities.

Albom announced that the commitment from Gores helped the radiothon raise more than $1.6 million, which is a record for the fundraiser. Since its first broadcast in 2012, the annual radiothons have raised more than $10 million.

Gores said he hopes the entrepreneurship program will teach life lessons and potentially generate additional money for the center.

“I want them to be able to build a business product in an entrepreneurial program we could put together in the summer,” Gores said. “I’m willing to fund the kids’ idea – whatever it is. Hopefully they’re able to make a profit and those profits can go right back to the center.”

Albom said: “That’s a beautiful challenge. We will absolutely create a program for that.”

The entrepreneurship idea builds on a similar pledge Gores made during last year’s SAY Detroit radiothon, during which he also pledged $350,000 to SAY Detroit, but tasked the SAY Detroit youths with exploring ways to donate $100,000 of that amount to other local charities.

Approximately 75 kids aged 11-16 participated in a six-week program at the SAY Detroit Play Center last summer that consisted of weekly workshops led by SAY Detroit staff and local leaders from the Detroit philanthropic community. Curriculum covered a broad range of topics, including how to identify and prioritize relevant causes; how to set goals, assess and evaluate charitable organizations; and ultimately where to allocate funds.

After the program’s completion, four nonprofits received grants of $25,000 each.

“I learned that it’s good to give back to others,” SAY Detroit youth Samya Fields said of the giving project.

“They have now been bitten with the giving bug,” Albom said. “They know what it’s like to help somebody else. Once you have that in you, it doesn’t go away.”

“It is so empowering for young people to learn to use their voice and see how it feels to make an impact,” Gores said when the recipients were announced. “There is so much to do in our community and these kids at SAY Detroit are so smart. I’m proud of the way they came together to collaborate, get into the details and make informed decisions.”

Now those kids will have an opportunity to feel what it’s like to make an impact as a business operator or entrepreneur.

Gores and the Pistons organization have partnered with SAY Detroit for several years, starting in 2016 with a $600,000 commitment to renovate the gymnasium and basketball court at the SAY Detroit Play Center. Pistons star rookie Cade Cunningham called the radiothon Thursday.

To hear more from Albom and other participants in the Community Giving Project, view a behind-the-scenes video here: Tom Gores x SAY Detroit.

For more information or to donate to SAY Detroit charities, please visit www.saydetroit.org.

FLINT, Mich. — Youth advocate Shareka Howard remembers when the Windiate Park basketball court was riddled with large cracks. Now, those cracks are repaired and covered by a freshly painted mural, a testament to Howard’s dedication to create a safe place to play for Flint children. The mural was unveiled Sunday during a ribbon-cutting ceremony,
Read More »